You are here: Home / All Events / Events / Big hArt documentary screening on Namatjira 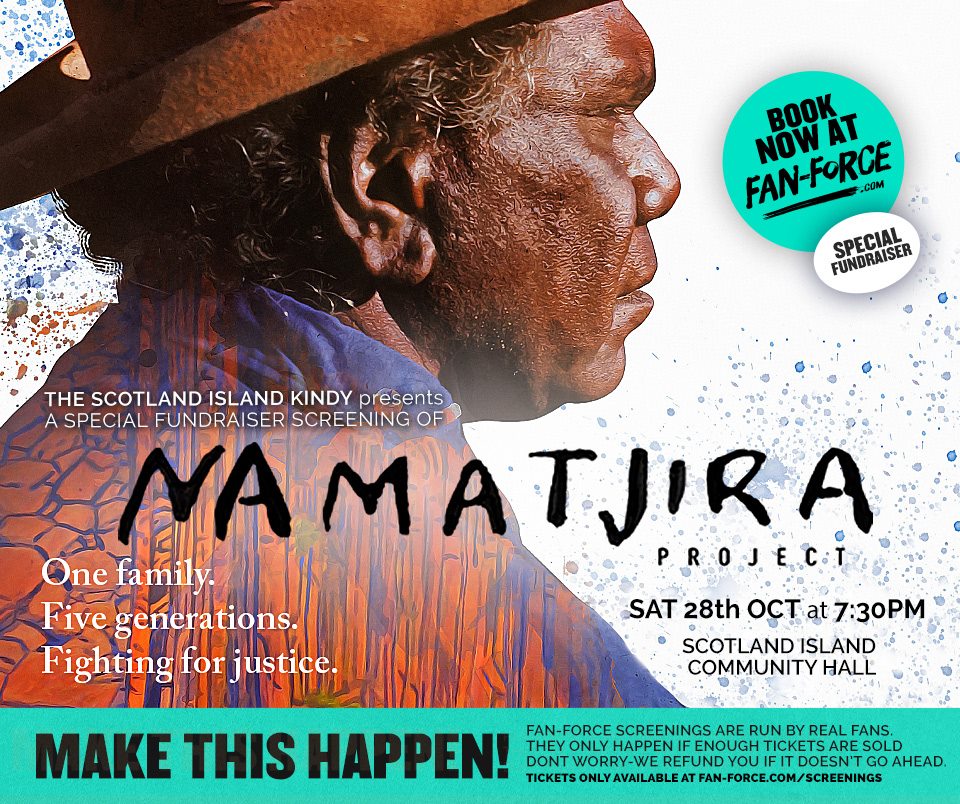 Having premiered at this year’s Melbourne International Film Festival, Namatjira Project is heading to Scotland Island on Saturday 28 October for a special screening brought to you by the Scotland Island Kindy.A Big hART production, the documentary in part grew from the stage, but “it’s far more than a straight bio or theatre-on-film adaptation” (SMH, 2017). Not to be missed, this is a special fundraiser for the Kindy. Join us for wine and cheese before the start of the film.