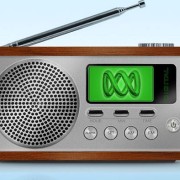 On the day of the announcement of the results of the Scotland referendum on independence, SIRA’s president Bill Gye received a phone call from ABC Tasmania wanting to know if there is appetite for independence on our Island too. Bill does a good job describing Island life until he get quizzed about a guy who caught a shark with a broom….

Tribe: a choir for 8-18 year-olds starting soon!
Scroll to top