You are here: Home / Environment / Wharves

The SIRA Wharves Subcommittee liaises with Northern Beaches Council, local residents and other relevant organisations to:

The Wharves Subcommittee is currently in the process of working with council and designers to upgrade the tie-up facilities at Bell and Carols wharves. There will be a significant increase in tie-up spots, helping to alleviate high demand for this essential aspect of being able to access our homes. This process has been ongoing since 2016 and has included draft a proposal put forward to the community, the formation of this working group, a survey of users, two public forums, posters asking for comment and asking for members of the working group. A proposal was then taken to council who used it as a basis for applying for a NSW Government (RMS) Boating Now grant. We were successful in this grant application at the start or 2018. Since then, the working group has been working with council to structure designs and implement this $1.6M project, due for completion at the end of 2019.

Due to the long process of refinement of various versions and iterations of designs and plans, it is important to be involved and understand the process of these developments. Please join the working group if you have an interest in this area. We want the best facilities that will work for all concerned parties for the longer term.

Council will also later be putting the designs out for public comment. 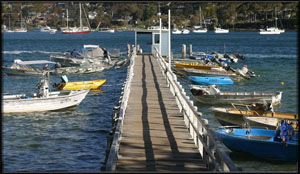